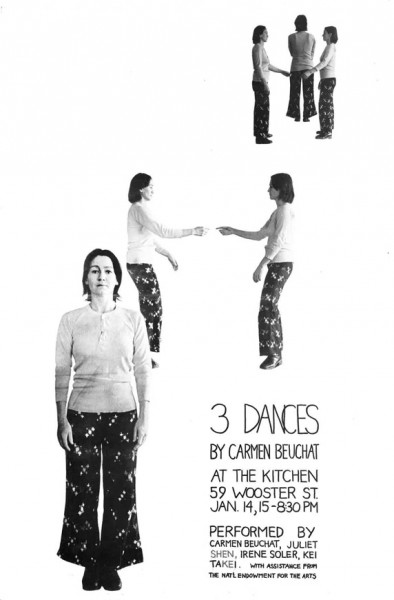 3 Dances was an event at The Kitchen in 1975 showcasing the choreography of Carmen Beuchat. As the title suggests, three of Beuchat’s works were shown. The first work, “I am Two,” was a solo performed by Beuchat, which consisted of pantomimed and pedestrian movement. The second work, “Steak With Style,” was a trio with Beuchat, Irene Soler, and Juliet Shen. In this work, each dancer flowed through a sequence of movements that repeated and created dynamic patterns. The final work shown that evening was “Butterfly,” which was a duet between Beuchat and Kei Takei. This work incorporated projected film, a white sheet, and a mirror.