Kathleen Supové is an American pianist specializing in modern classical music. She has premiered the works of dozens of composers in The Exploding Piano series, an enterprise she founded. A graduate of The Juilliard School, Supové is known for her theatrical recitals, often including costume, sets, and recitation. She experiments with conventional recital format with augmentation and extension, borrowing from contemporary arts, such as film and theater to further explore the arena for modern classical music. In addition to performing as a soloist, she is a member of the musical group, Dr. Nerve, and curates the festival, Music With a View. In 1998, she performed at The Kitchen as part of Frederic Rzewski’s Coming Together: Celebrating 25 Years of Piano Music. 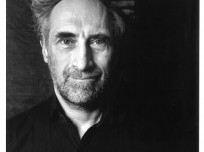