Ashley Bickerton is a West Indian artist based in Bali, Indonesia. Bickerton works primarily in painting, sculpture and assemblage and came to prominence in New York City in the 1980s. At that time he was affiliated with the Neo-Geo group of artists whose work - usually abstract and minimalist in style - explored consumerism in society and the commodification of the art object. Bickerton moved to Bali in 1993 and since then his work has often included multicolored, otherworldly figures and considers the hyperexoticized Western view of tropical island life. Bickerton participated in the group exhibition Objects in Collision at The Kitchen in 1985 alongside artists such as Jeff Koons and David Robbins, whose work at this time was also concerned with the relationship between commodity and art. For more information please visit: http://www.lehmannmaupin.com/artists/ashley-bickerton 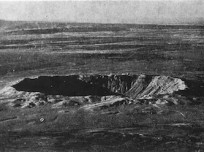