Andy deGroat is a choreographer and dancer, active in New York in the 1970s and early 1980s. He worked frequently with Robert Wilson as a dancer and went on to choreograph a number of productions including Deafman Glance, A Letter for Queen Victoria, and the 1976 Einstein on the Beach created for the Avignon Festival. He presented several pieces at The Kitchen including Get Wreck (1978), and Dust (Dutch Circumstances) and Gravy (A Medicine of Spaces) (1981). In 1982 deGroat moved to France, where he currently directs his Paris-based company “Red Notes.” 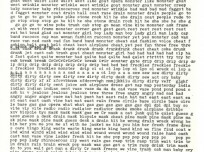 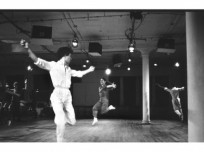