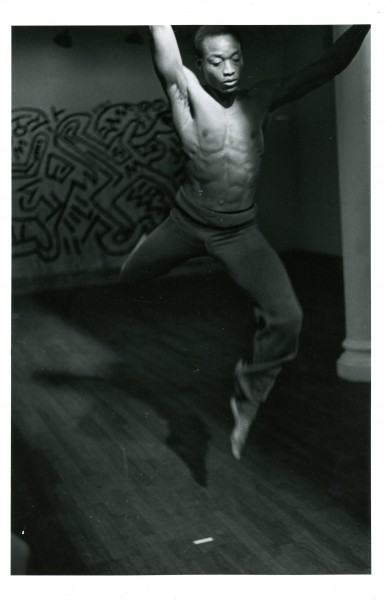 For four nights, Bill T. Jones presented Four Dances. The dances consisted of Long Distance, a piece choreographed and performed by Jones, in which he danced along a single lane of light while Keith Haring painted his signature cartoonish figures on the back wall. The second dance, The Double, was developed in collaboration by Jones, Rob Besserer, and Brian Arsenault, who all performed it together. The third, Shared Distance, was developed and performed in collaboration with Julie West. In the piece, Jones and West brought back the setting of the single light strip and danced along it as Haring’s figures remained painted on the back wall. In the final piece, a solo work called Response-ability, Jones shifted his thematic focus to an engagement with constructions of Black masculinity.