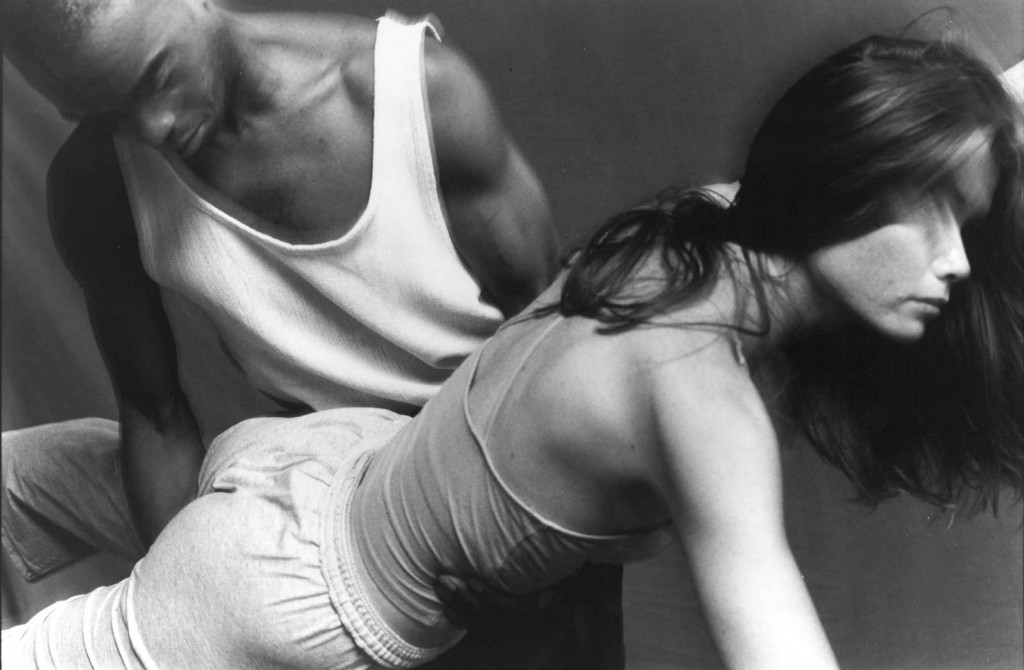 Choreographer Dean Moss derived the title Spooky Action At a Distance from the “non-locality” and “uncertainty” of Albert Einstein’s Quantum Theory. In the piece, he, along with Kacie Chang and Marcelo Continho, explored the science of bodies through dance. Sparked by the Fred Astaire and Ginger Rogers film Swing Time, this performance invited viewers to enter the experience of togetherness through movements that resonated with minstrel performance as well as the relationship between shadow and the physical reality. Concluding the program with Moss’ 1997 solo, Tale Telling Telling, Spooky Action at a Distance blended various media, including excerpts from books and lectures by Noam Chomsky, Richard Feynman, and David Ruelle as well as a music score by Hoagie Charmichael, Lakou Kanno, Jerome Kern, and Sosyete Manto Sen Pye.