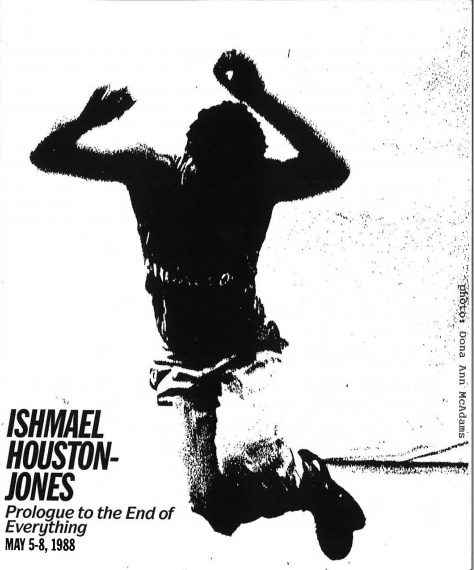 Prologue to the End of Everything premiered at the Kitchen in May 1988 and continued the performer and choreographer Ishmael Houston-Jones's investigations into the intersections of text, music, and dance. The work incorporated music composed by guitarist Chris Cochrane and slides by the artist Robert Flynt. Houston-Jones was joined by performers Trinket Monsod and Anthony Bowman as well as musicians Zeena Parkins and Cochrane. The work was driven largely by text scripted and improvised by Houston-Jones that revolved around the erotic adventures of a man amidst the destruction of a community. The work was praised at the time for the compelling relation of text to movement throughout.