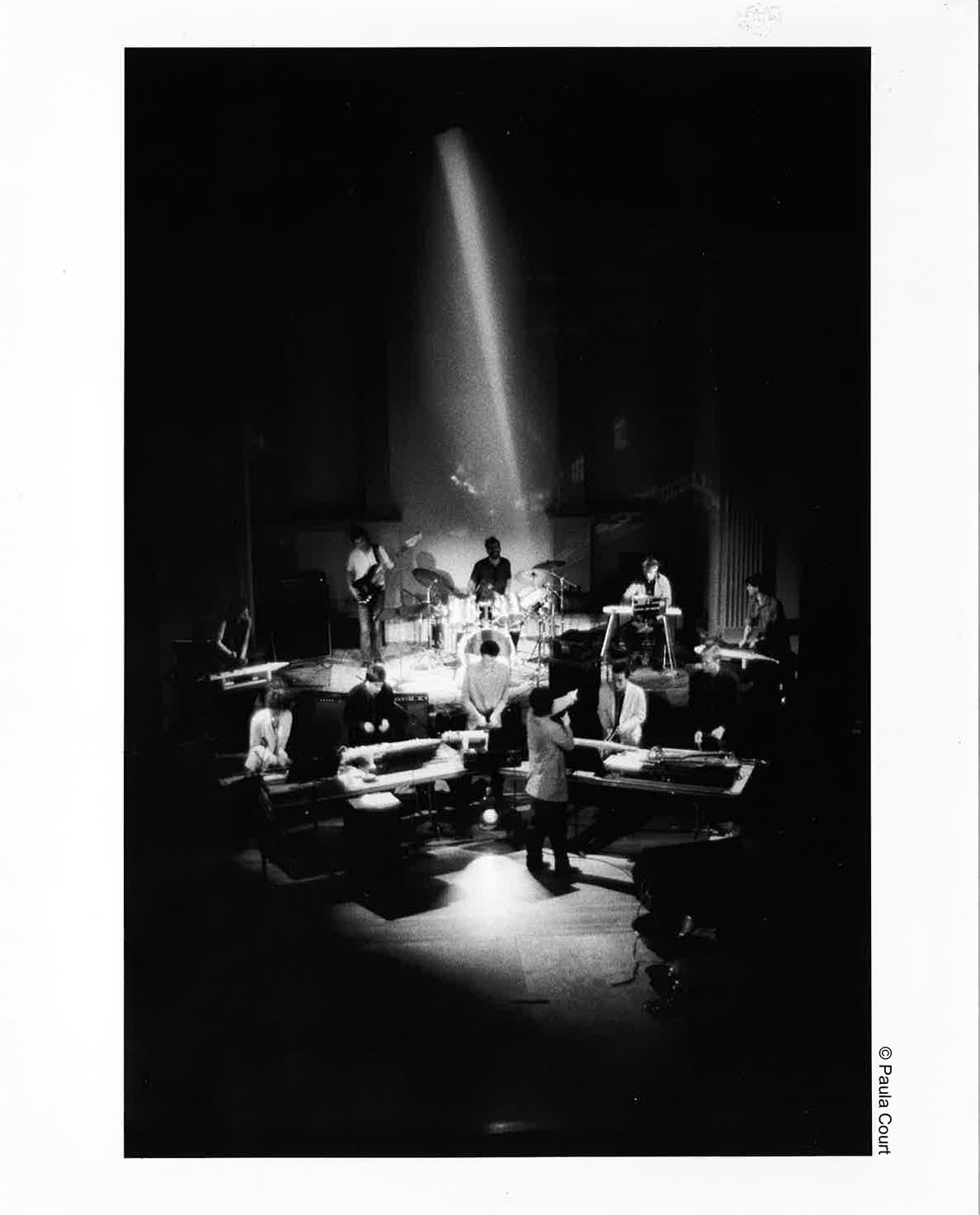 Taking place across six nights, this performance was the premiere of avant-garde composer and experimental guitarist Glenn Branca’s latest composition, Symphony No. 2: The Peak of the Sacred. The event was held in conjunction with Danspace at St. Mark’s Church and was an early example of the longer works that Branca began composing from the early 1980s onwards. The performance involved multiple electric guitars and keyboards that were played by a variety of Branca’s frequent collaborators, including Thurston Moore and Lee Ranaldo of Sonic Youth and Sue Hanel from Swans.