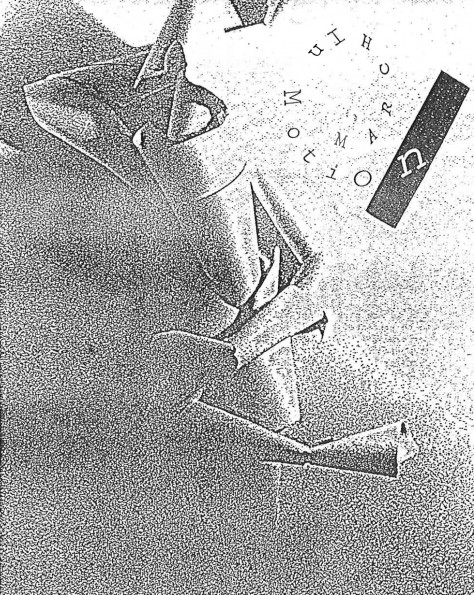 On May 21–24, 1991, Tere O’Connor presented Grounded Angel Triptych and premiered Nursing the Newborn Pig as part of MARCH In Motion, a month-long festival of dance.

Nursing the Newborn Pig featured six dancers, Nancy Coenen, Doug Johnson, Chrysa Parkinson, Lucy Guerin, Sarah Perron, and Tere O’Connor. The six dancers were paired off as they marched, ran, pranced, and made signs to each other—their meanings comprehensible only to each other. Their bodies, clad in sleeveless, coral jackets and black trunks, stiffly moved to O’Connor’s score, as the piece examined themes of chaos and its intrinsic order.

Grounded Angel Triptych was made as part of the Working in The Kitchen series in 1990. Performed by Chrysa Parkinson, Sarah Perron, and Tere O’Connor, the premiere featured the dancers wearing loose white garments, as they, again, stretched their arms, fanned the airs, and distorted their bodies.