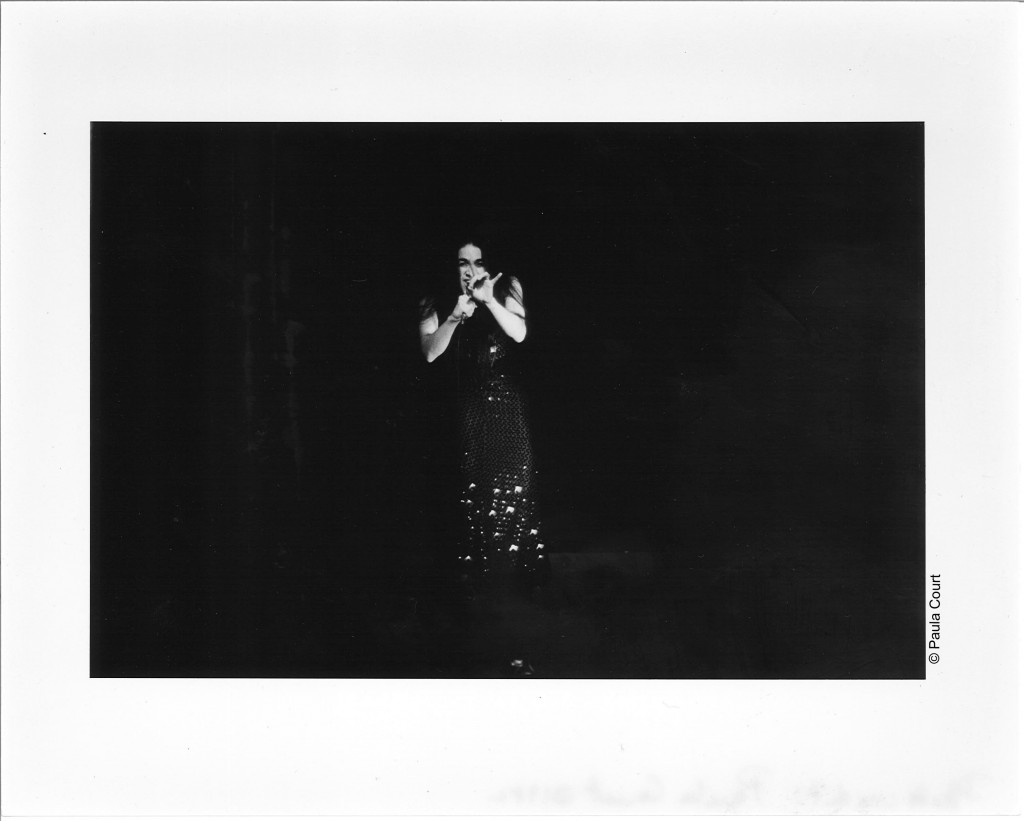 On February 12, 1982, composer/performer Diamanda Galas performed the New York debut of her solo show titled Wild Women and Steak Knives at The Kitchen.

Part one was described by Galas as a representation of mental entropy—“a communication of a continual shattering and melting together” of her own mind. Part two was a piece originally dedicated to those mutilated by the Greek Junta. Self-described as an “obsessional performer,” Galas used her voice as an instrument, pushing it to extremes and exploring the interconnection of sonic and linguistic elements as an execution of mental/dramatic states.