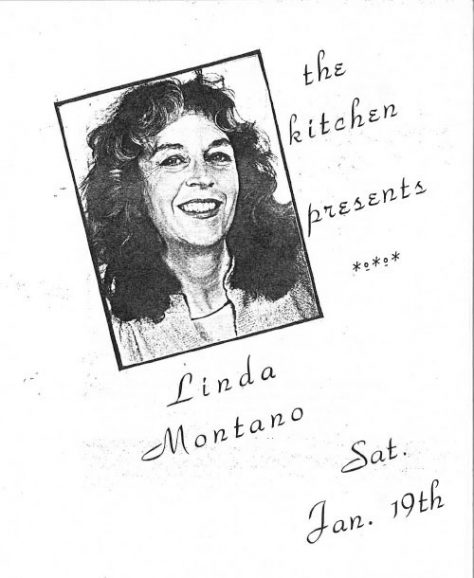 As part of the “Winter Music” series, which ran January 16–February 10, 1991, Linda Montano gave a musical performance that encouraged audience members to closely attend to the seven major glands in the body. This event took place near the end of Montano’s long term project Seven Years of Living Art (created December 8, 1984–August 7, 1991), during which she focused on each of the seven chakras (energy centers of the body) consecutively through alterations to her daily life. The music for the performance was made in collaboration with John Gernand and Veronica Evanega. A video by Annie Sprinkle, a frequent collaborator of Montano’s, was mentioned in the printed program but was not used on the night of the performance.