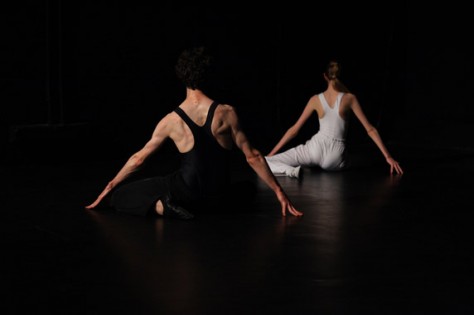 On January 13th, 2011, Sarah Michelson, a British choreographer and performer based in New York, premiered her dance piece Devotion. The piece was created for the New York City Players, the theater company owned by Richard Maxwell, who wrote the story that inspired Michelson's work. The production was a collaboration between actors from Maxwell's theater company and Michelson's own dance corps. Devotion is marked by severe and repetitive gestures, drawing from both ballet and yoga. Maxwell's script, which was narrated by Michelson, is based on the creation myth of Adam and Eve.