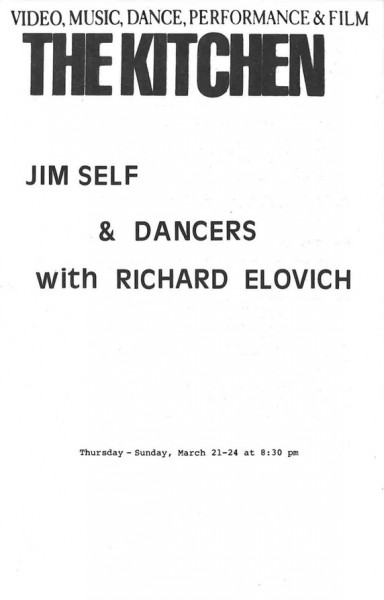 No Memory, performed by Jim Self and three dancers as a series of duets, had its New York premiere at The Kitchen in 1985. The dance, like Self’s other works, presented a new and surreal world. The New York Times described the experience as “wry and whimsical.” The program also featured the premiere of New Zuyder Zee and an excerpt from the 1982 work Look Out, both collaborations between Self and Richard Elovich.