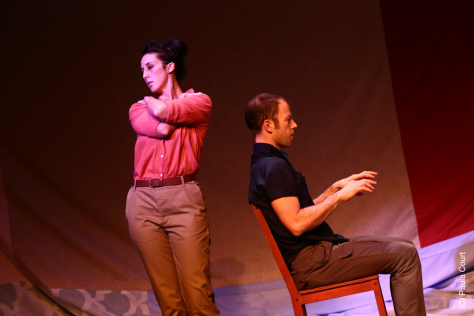 Choreographer Steve Paxton and composer Robert Ashley's Quicksand was a spy-tale performed as a stylized opera in three acts. The story tells of a composer who has been coerced by a government agency (the “Company”) to serve as a low-level “courier” (or spy). Traveling with his wife to an unnamed South Asian country run by a military dictatorship, the composer becomes involved with plans to overthrow the government through his close friendships with two tour guides. The work included text by Robert Ashley, choreography by Steve Paxton, an electric orchestra composed by Tom Hamilton, and lighting by David Moodey.