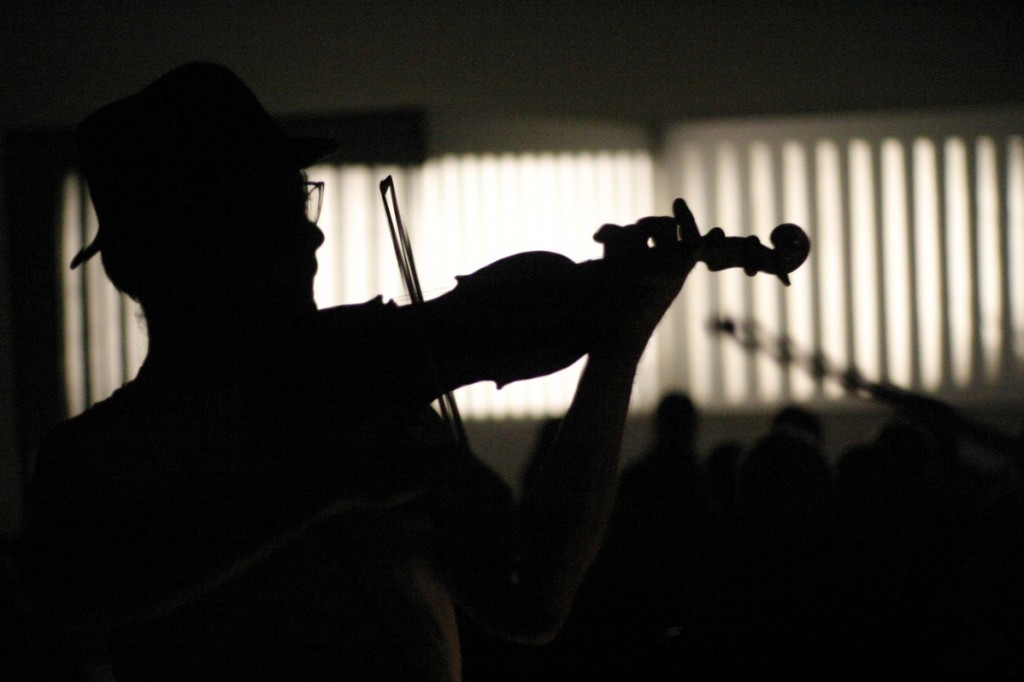 Comprising two distinct performances, this event was organized in conjunction with the Eye and Ear Controlled series put on by Anthology Film Archives.

The first evening featured a reprisal of Ten Years Alive on the Infinite Plain, a "minimalist spectacle" originally performed at The Kitchen in 1972. Featuring musical performances by Tony Conrad, Andrew Lampert, Jim O'Rourke, Zachary Wallace, and Karen Waltuch, Ten Years Alive came as an opportune reminder of the pacific intent of the original work which was composed in response to the Vietnam War.

The second performance was opened by the U.S. premiere of Conrad's new video works, Grading Tips for Teachers (2001), Hart (2001), and Tony's Oscular Pets (2003). Following these screenings was Quadranga, Conrad's interpretation of a type of Afro-Cuban music popular in 1960s and 1970s New York.