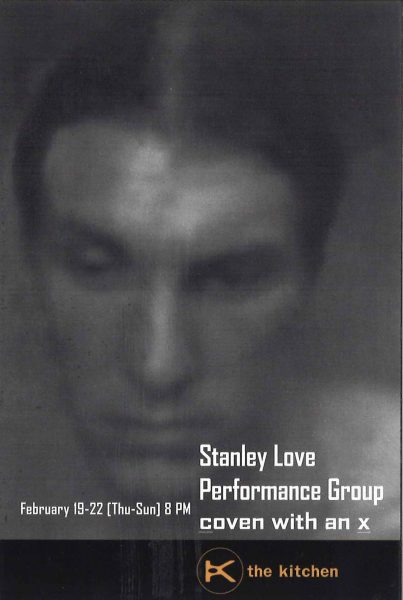 coven with an x was a dance by the Stanley Love Performance Group that featured a cast of over twenty-two members. The dance took the logic of collage as its starting point, combining various movement styles with a wide range of music. The program describes coven with an x as “Post-Post-Modern-Modernist,” working with “black on black themes in a rather dadaist manner,” indicating the abiding will to explode categories and their attendant valuations by thrusting them into contact. As the linguistic play in the title of the piece and the reference to postmodernism suggests, the piece sought to destabilize the referentiality of its many idioms such that they opened onto a range of meanings. As Stanley Love wrote, “One of my neuroses in creating a dance is finding a choice that connects ten levels of meaning at once.”