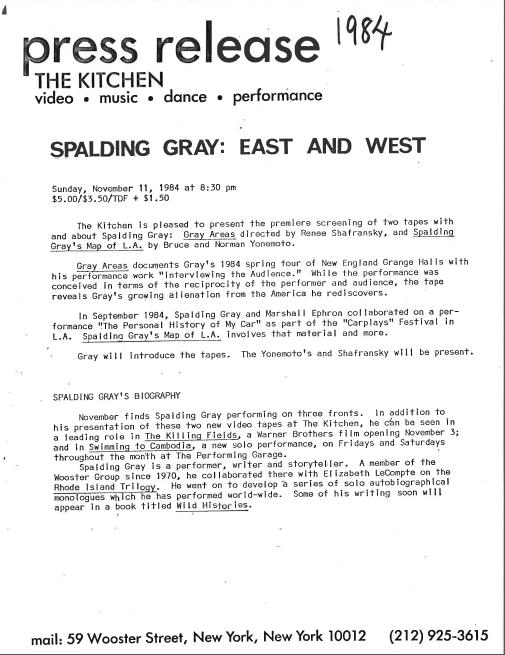 Spalding Gray: East and West featured and premiered two videos about the actor, playwright, and monologist, Spalding Gray. Filmed by Renee Shafransky, Gray Areas was a documentary of the Gray’s 1984 tour of fraternal Grange halls and senior-citizen drop-in centers throughout New England. During this spring tour, Gray performed “Interviewing the Audience” that was also documented by Shafransky. The second video, Spalding Gray’s Map of L.A., was filmed by Bruce and Norman Yonemoto, who focused specially on Gray and Marshall Ephron’s collaborative work “The Personal History of My Car,” which was performed as part of the “Carplays” series at Olympic Arts Festival in Los Angeles. Both Shafransky and the Yonemoto brothers were present at the premiere, and Gray gave introductions of the two videos that night at The Kitchen.