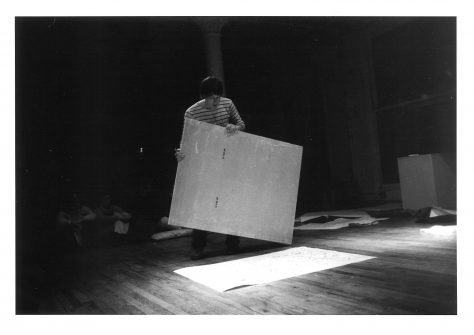 Using his own body as medium, Matt Mullican explored the inner nature of a human being that dwelled between the realm of reality and one’s imagination, both of which were shaped and often re-shaped by intricate layers of knowledge, meaning, and language. As he performed, Mullican brought out and physically juxtaposed the consciousness and unconsciousness as well as the subjective and objective of human perceptions. “Matt Mullican: Performances & Installation” also highlighted the relationship of an object to the viewer and the function of perception more broadly.