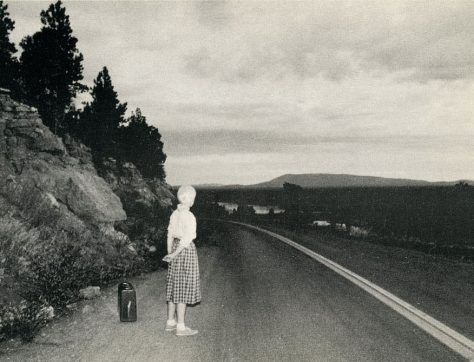 Begun in 1977, Cindy Sherman’s Untitled Film Stills is a seminal set of 70 black-and-white photographs that were made over the course of three years, throughout which Sherman submerged herself in the exploration of different identities of female figures, whom were all portrayed and enacted by the artist herself. Resembling scenes from film noir and films produced in 1950s and 60s Hollywood, these photographs consider the stereotypical idea of women that Sherman intended to challenge through rendering each work with a very present sense of ambiguity. Without recreating recognizable scenes, Sherman instead focused on and captured the in-between moment of changing actions and facial expressions, offering an opportunity for multiple interpretations of her characters.