Marilyn Crispell is an American composer and pianist based in Woodstock, NY. Crispell originally studied classical piano and composition at the New England Conservatory of Music but transitioned into jazz and improvisation after she was introduced to the music of John Coltrane, Cecil Taylor and other contemporary jazz players and composers. After relocating to Woodstock in 1977 Crispell studied and taught at the Creative Music Studio in Woodstock founded by the jazz musicians Ornette Coleman, Karl Berger and Ingrid Sertso. Crispell has performed and recorded extensively throughout her career playing both her own compositions and those of her contemporaries such as John Cage and Pauline Oliveros. She has performed frequently in a solo capacity as well as in collaboration with other American and international improvising and jazz musicians. She was a member of the composer and multi-instrumentalist Anthony Braxton's Quartet for ten years and has also been a member of British composer and double bass player Barry Guy’s New Orchestra. Crispell debuted her new work “For Trio”, commissioned by the experimental music space Roulette, at the Kitchen in 1989 as part of a double bill, which also featured composer and conductor Butch Morris. She was joined by Mark Dresser on bass and Gerry Hemmingway on percussion for the performance, which was released as a recording – “The Kitchen Concert” – two years later. 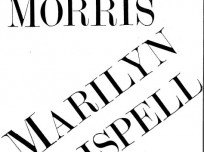