Kumiko Kimoto is a Japanese choreographer and performer. Kimoto’s choreography is informed by her manifold experiences, drawing both from her early dancing career under Merce Cunningham in 1981 and from her studies towards a Master of Science degree at the Polytechnic Institute of New York University. Kimoto first performed at The Kitchen in September 1987 in The Hidden Fortress: New Music from Japan with her band Tohban Djan, and has since regularly presented choreography at The Kitchen. Since 1999 she has been known as Koosil-ja Hwang. 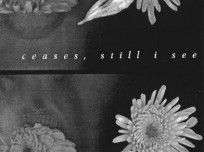