The Future Sound of London is a British electronic music band composed of Garry Cobain and Brian Dougans. The duo are often credited with pushing the boundaries of electronic music experimentation and pioneering a new era of dance music. They also work with film and video, 2D and 3D computer graphics, and animation to make their own videos as well as create their own electronic devices for sound making. 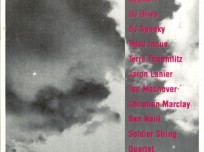