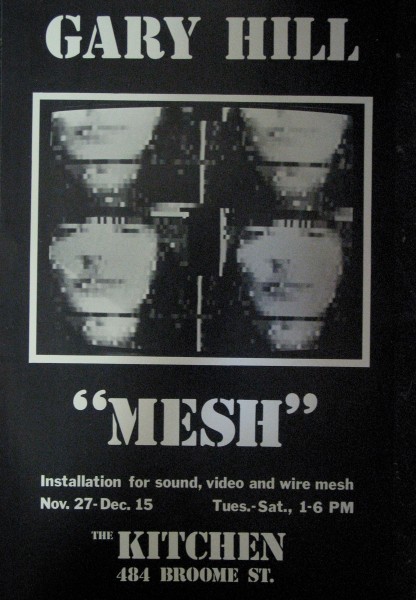 MESH, which Gary Hill described as a sculpture, consisted of a four-channel video piece, twenty channels of sound output, and wall-hanging constructions of wire grids. The video and audio took real-time input. Two recording cameras monitored viewers, displaying their faces in pixelated patterns of squares, while recorders picked up sound, played back with a high degree of electronic noise and screeches. The speakers were mounted behind the wire grids. As the three parts played on the notion of “mesh,” the resulting effect produced texture both within the audio, video, and sculptural components, and in their layering with each other, creating a multisensory perceptual state.