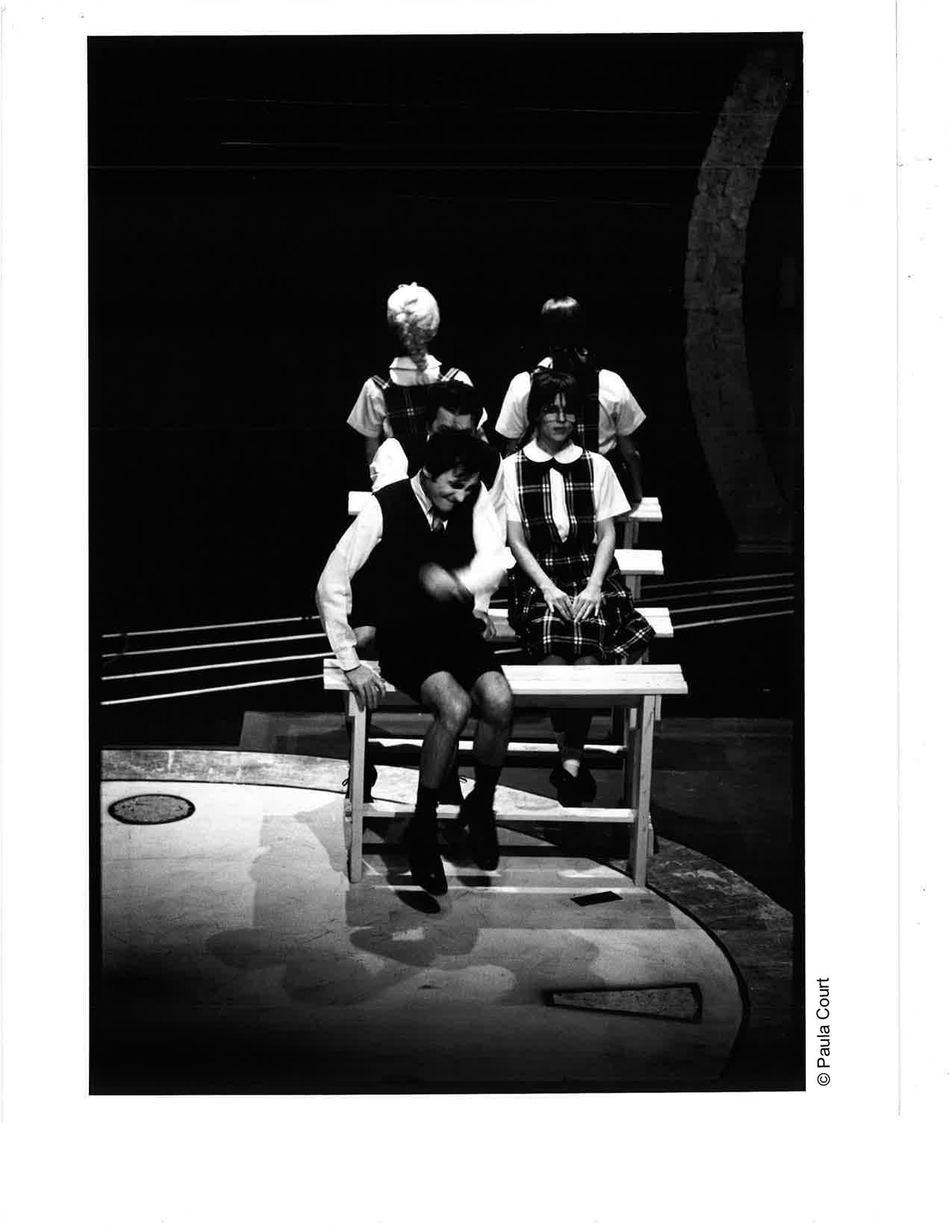 Choreographer, performance and visual artist John Kelly’s performance piece Maybe It’s Cold Outside premiered at The Kitchen in February 1991 amidst the height of the AIDS crisis in New York City. Kelly cited this climate as an influence on this multi-media performance incorporating lighting, dance, live music and film to explore themes of survival, dreams, childhood and subsequent experiences of maturation. The performance centered on five characters and their activities in a deliberately ambiguous institutional setting (suggesting a hospital or asylum) with music taken from Tabula Rasa by Arvo Part and Bellini’s La Sonambula alongside Kelly’s own distinctive falsetto singing. The performance marked a departure from Kelly’s usually rigorously structured pieces into a more improvisational style and was well received by critics.