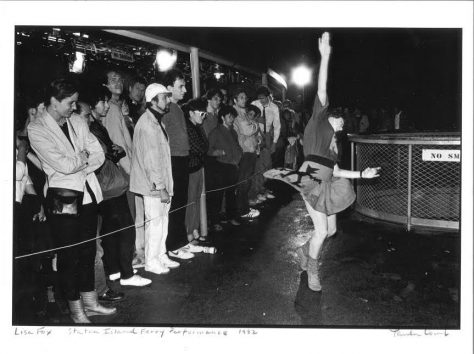 This event was the kick-off event of The Kitchen Touring U.S.A. I, the first of The Kitchen's national tours. Starting off with this evening in Staten Island, the artists traveled through Pittsburgh, Minneapolis, Madison, Milwaukee, Iowa City, Detroit, and Toronto through June 20.