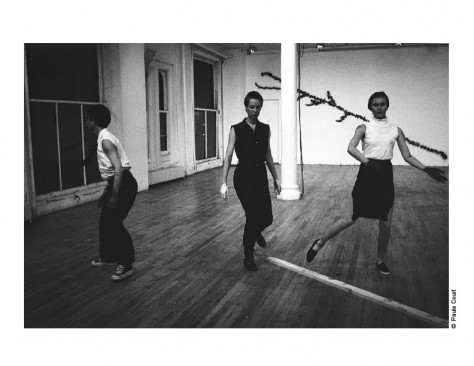 Do We Could, performed at The Kitchen in 1979, was a trio of dances choreographed by Karole Armitage and performed by Michael Bloom, Deborah Riley, and Armitage. The clothes and lighting for this event were designed by Charles Atlas. For Do We Could, Armitage separated each work into two scenes: in the first half, the dancers alternated their speeds between slow and rapid motion; in the second half, the dancers would perform at a normal speed but in the same spot for the entire scene. Do We Could marks Armitage's first performance at The Kitchen. At the time of this particular performance, Armitage was a member of the Merce Cunningham Dance Company and would later go on to founding her own company, Armitage Gone! Dance, of which she currently serves as Artistic Director.