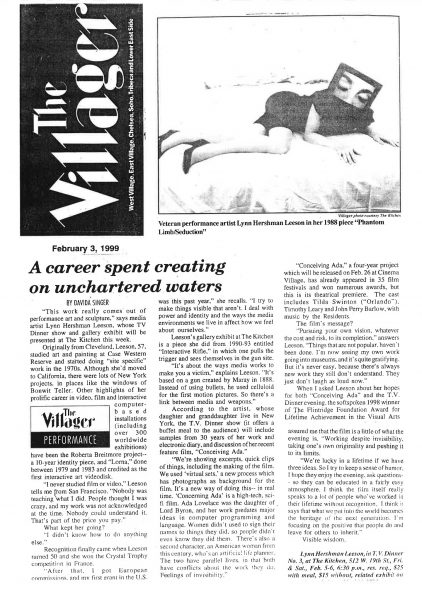 This event was the third in The Kitchen's “TV Dinner” series, in which artists shared their thoughts with an audience over dinner and screenings of their work. Lynn Hershman Leeson’s presentation showed the audience a compressed thirty-year history of her work exploring technology and the fragile nature of identity. The event included works from the artist’s Phantom Limb series (1985–1987), which explored how the female body becomes absorbed into media and technologies, as well as footage from the making of Leeson’s feature film Conceiving Ada, which publicly premiered in the spring of that year. The evening also marked the opening of Leeson’s video installation America’s Finest, which ran in The Kitchen’s gallery for almost a month.