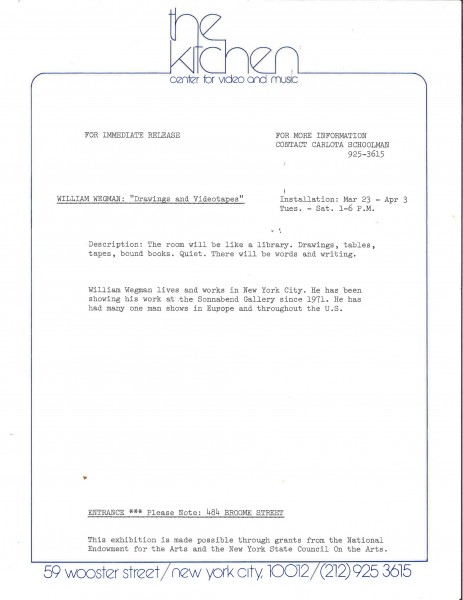 William Wegman had an early solo exhibition titled Drawings and Videotapes at The Kitchen in 1976. The installation, which was meant to mimic a library, consisted of drawings and videotapes by Wegman that were placed on tables among various books. Drawings and Videotapes came at a point in Wegman’s career when video and photography were increasingly becoming the primary mediums in which he worked.