Tom Rubnitz was an American video artist based in New York City. Rubnitz was known for the persistent humorous nature of his video work, which included mock documentaries, music videos and pseudo-commercials and embraced a kitsch aesthetic that was influenced by pop culture and his experiences as part of the East Village drag queen scene in the 1980s. Rubnitz began making videos by recording performances at the infamous East Village venue and bar Pyramid Cocktail Lounge in 1981. It was here that Rubnitz met many of the artists and performers, including John Sex, Ann Magnuson and John Kelly, that would later inspire and feature in his videos. In addition to videos Rubnitz also forayed into making his own music and released the song and video “Love Is The Message” in 1989. Throughout his career Rubnitz often drew awareness to the AIDS crisis, both through his videos and in collaboration with organizations such as Art Against AIDS. A retrospective of Rubnitz’s work was shown at The Kitchen in the spring of 1992, a few months before Rubnitz died of an AIDS-related illness in August that same year. 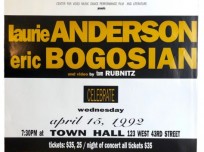 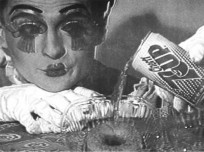