David Cale is an American actor, known particularly for his solo performances, which he has been writing and performing since 1982. He is the recipient of an Obie Award for Lillian (1999), two Bessie Awards for Deep in a Dream of You (1993) and The Redthroats (1987), and an NEA Solo Performance Fellowship among others. He has performed in both Broadway and off-Broadway theaters such as Playwright Horizons, and the Public Theater; he appeared in several films including Radio Days (1987) and The Slaughter Rule (2002); he composed lyrics for songs performed and recorded by Deborah Harry, Jimmy Scott, and The Jazz Passengers; and he wrote and co-composed the music for the musical “Floyd and Clean Under the Western Sky,” in which he appeared as Floyd. One of his best known solo shows—Smooch Music—premiered at The Kitchen in 1987. 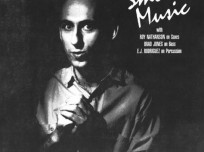