Beth B is an American film producer, director and screenwriter based in New York City. Beth B rose to prominence as one of the primary proponents of the underground No Wave cinema movement in the Lower East Side of New York City in the early 1980s. After graduating from the School of Visual Arts in 1977 Beth B immersed herself within a coterie of performance artists, punks and noise musicians and began producing short films on Super 8mm that fused violence, terror, sexuality and dystopian themes to explore the shortcomings of social infrastructures and the charged political climate of the time. Many of these films were made in collaboration with the underground filmmaker Scott B with whom she ran the independent production company B Movies until 1981. Since 1987 Beth B has also made several feature films and since 2001 she has also been making documentaries for television on a range of topics. Throughout her career Beth B has worked with a variety of other writers, filmmakers and performers including the artist Ida Applebroog, the playwright and screenwriter Neal Bell and with her frequent collaborator Lydia Lunch with whom she made the feature film “Vortex” (1981), the short film “Thanatopsis” (1991) and the forthcoming “Lydia Lunch: The War Is Never Over”, amongst other films. A number of Beth B’s films were screened and distributed by The Kitchen in the 1990s and she appeared for “An Evening with Beth B and Lydia Lunch” in 1991 for the premiere of “Thanatopsis” (1991) alongside screenings of a number of her other works and a performance by Lunch. For more information please visit: http://www.bethbproductions.com/index.html 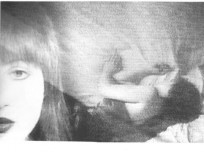