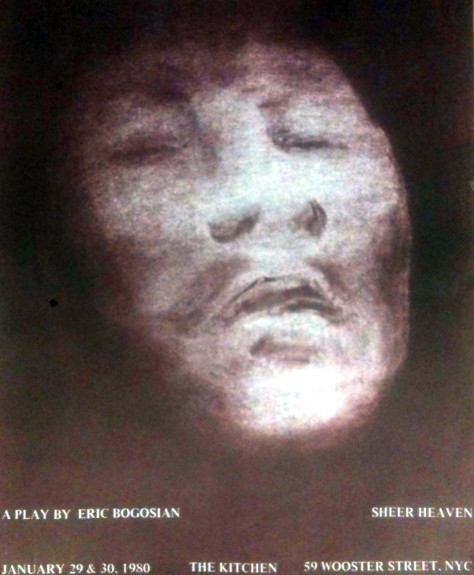 In 1980, Eric Bogosian presented Sheer Heaven. The play consisted of dialogue entirely in Spanish and was meant to be interpreted through minimal visuals and sound. The play ran for a brief time of 30 minutes, and consisted of 5 scenes: 1) Television, 2) Fight, 3) Love Scene, 4) Drugs, and 5) Party. As stated in the press release, "Sheer Heaven is about waiting for something."