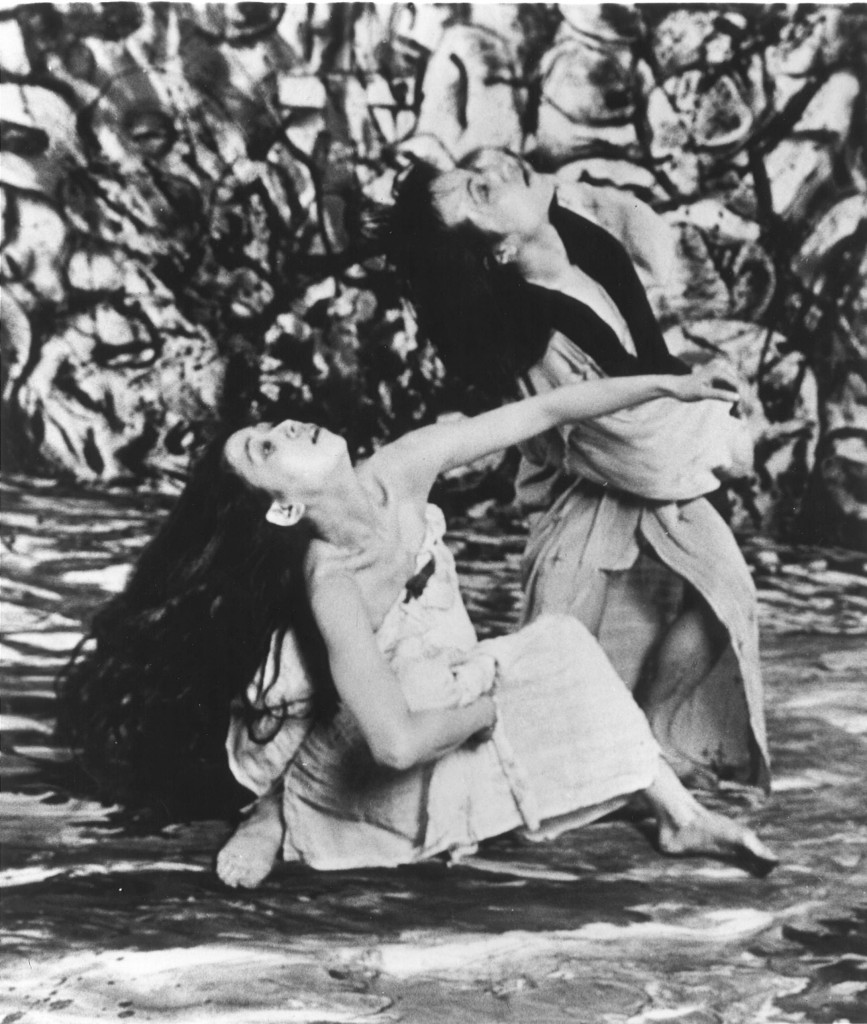 Described by Lisa F. Hillyer of the Boston Phoenix as “The Adam and Eve of a post-nuclear garden of ash,” Eiko and Koma create dance-based, intermedial performance pieces that often explore the way humans transition between spiritual states, or between life and death. As alluded to by the title, By The River imagines that a black river runs at the end of each of our lives. The action of the piece takes place on the river’s banks, the water reflecting, according to the press release, both “our living world” and “dim recollections of our ancient past.”

For the duration of the piece, Eiko and Koma traveled separately along the river, their movements slow, small, and deliberate. By the end, the two performers came together in a brief embrace: but Eiko slipped away from Koma, recalling, as Jack Anderson wrote in The New York Times, the myth of Orpheus and Eurydice. In the piece’s final moment, Koma stretched a black cloak across Eiko, who by that point was lying on the floor—implying that Eiko’s character had passed away and that Koma was laying her to rest. But in the final moment, Eiko briefly shifted under the cloak. What was assumed to be a moment of burial transformed into a moment of rebirth.

Accompanying the performance was a film created by David Geary, set design by Clayton Campbell, and lighting by longtime collaborator Blu. At the end of the performance, the artists distributed poems, written in collaboration with Irene Oppenheim, that evoked the piece’s themes.