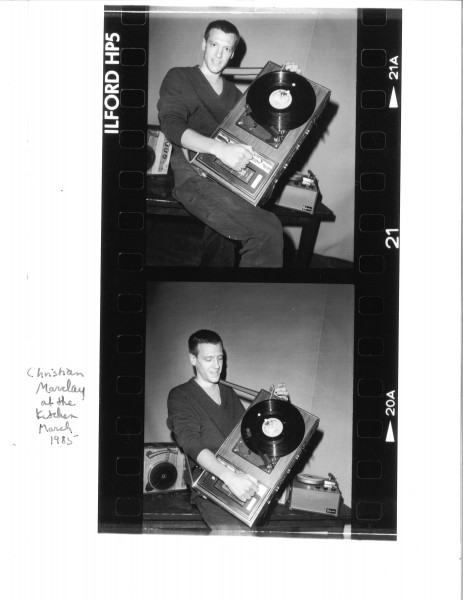 The first part of the performance titled RUINS (Disc Composition #42) involved the manipulation of fifty-three records on seven turntables into an original sound composition. The original records included a diverse range of sounds such as African polyrhythms, sound-effect records, big band tunes, and regional music.

The second part, GHOST (I don't live today), incorporated a video montage made from the film Jimi Hendrix Plays Berkeley by director Peter Pilafian in 1970. In a tribute to the musical legend, Marclay mimicked an electric guitar by strapping a turntable onto his body. Through the performance, Marclay raised questions about reproduction and archival materials—in both sound and image.