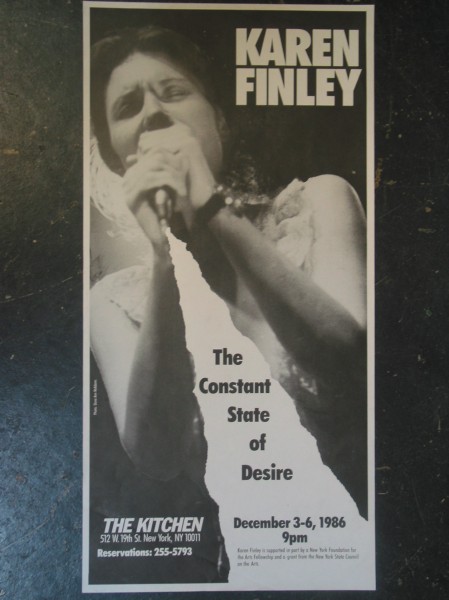 The Constant State of Desire premiered at The Kitchen on December 3–6, 1986. In the performance, Finley alternates between two personae for nearly an hour, fracturing her monologue between her preparations for the performance and traditionally taboo-ed topics of rape, child abuse, shit, and suicide.

The Constant State of Desire examines themes of excess and deprivation, pain and pleasure, and sexual and social roles. Its lack of structure evoked feelings of emotional and physical desperation.