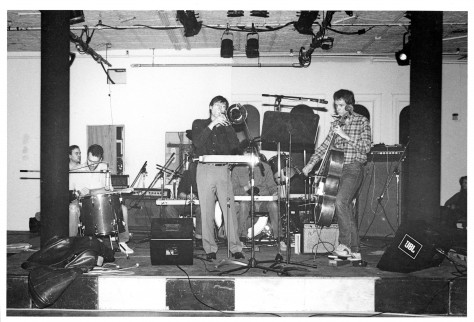 For two consecutive performances, Arthur Russell premiered his evening-length 24 to 24 Music. The piece was composed for trombone, cello, keyboards, electric bass, and drums. Russell was accompanied by composers Peter Zummo and Julius Eastman. The piece, which Russell would release as an album two years later, was grounded in disco music, but tended toward the experimental. As the title indicates, the piece slid in a rhythm change every twenty-four bars.