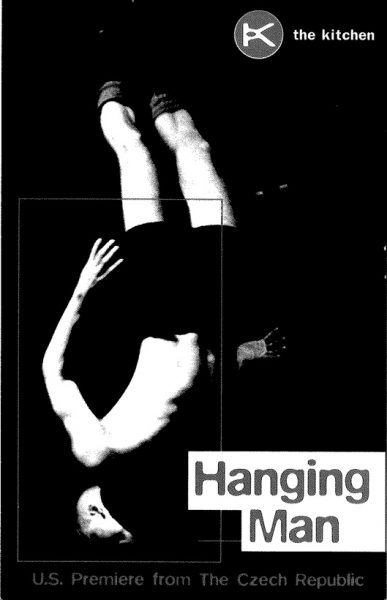 Hanging Man, described as a “Bat’s Ballet,” premiered in the United States from The Czech Republic at The Kitchen in 1999. The dance piece featured eleven sequences in which four performers hung upside down, suspended only from ropes tied from the overhead grid. Directed by European pantomime Ctibor Turba, the choreography presented a new development in the progression of movement theater. The work challenged typical maneuvers of the body, as well as viewers’ perception of movement. The dancers performed several variations of pieces, including solos, duets, and trios, all forced into tight proximity.