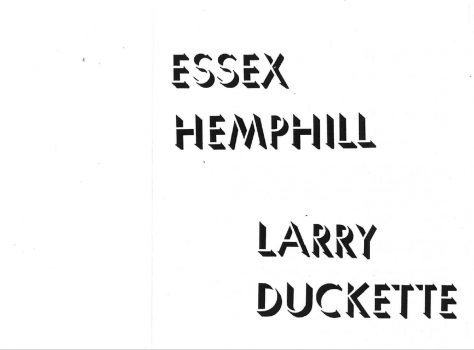 Brother to Brother: Words from the Heart was a collaborative piece created by performance artist, publisher, and poet Essex Hemphill and composer, musician, and actor Larry Duckette. The piece explored the experiences of contemporary gay Black men and brought the striking and deeply personal work of two acclaimed Washington DC artists to a New York audience. Their charged work confronted many of the trying issues of their time, taking on sexual terrorism, drug testing, and the nature of media coverage. The centerpiece of this performance was Brother to Brother, an arrangement of the late Joseph Fairchild Beam’s unfinished essay, completed by Essex Hemphill and Dorothy Beam, originally intended as a sequel to the first published anthology of Black gay literature, In The Life.