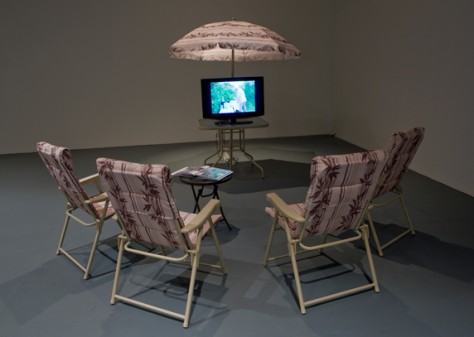 The Absolutely Other was a group exhibition that featured video, photography, installation art, and performance. All the artists involved were based in New York, which, despite its population density, cloaks its inhabitants in anonymity. The exhibition took up this quandary, focusing on the theme of "strangers." Some artists worked within the walls of the gallery with patrons themselves, others outside the exhibition context in New York City. The show allowed gallery goers, normally observers, to become active participants. Artists and the strangers became partners through these interactions which shaped the exhibition's content over the course of the show. The exhibition was curated by Miriam Katz.