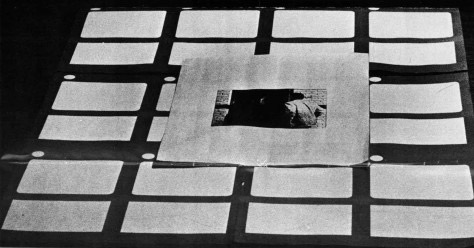 As part of the series “Research and Development,” Maryanne Amacher presented Neurophonic Exercises for Cochlea Withdrawal: The Critical Band; Manipulation of the ‘Missing Fundamental.’ The audience at The Kitchen performance received sounds from one microphone installed at Pier A in Lower Manhattan and another situated in the artist’s studio at 140 Pearl St. Live sound was mixed with recorded sound from other installation-performance works. Some of the melodies that the audience heard were neurological phenomena produced by their ears, hence the title that Amacher gave to her acoustic exercises.