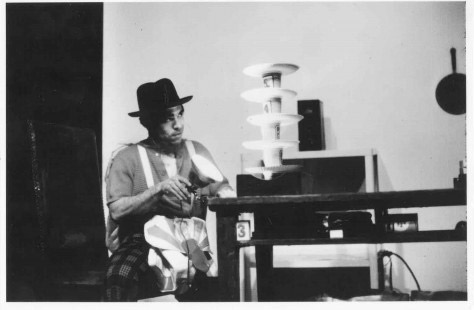 In this performance, his first at The Kitchen, Michael Smith focused his attention on daily actions, routines, and methods by creating a disconnection between the audience and the performer. The public became aware of the construction of repetitive gestures by always knowing what would happen to the character before the event even occurred. In Let’s See What’s in The Refrigerator, Smith introduced a more modernist type of theater and attempted to erase the thin division between popular entertainment and fine art.