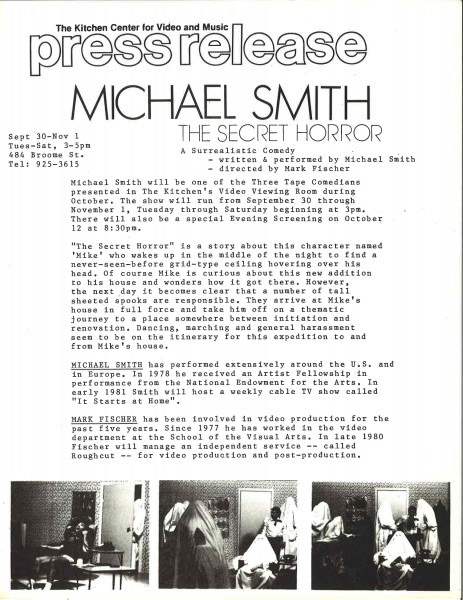 As part of The Kitchen's “Video Viewing Room,” Michael Smith, Terry Sullivan, and Louis Grenier were invited to take part in “Three Tape Comedians,” in which each comedian was allowed to screen one of their works. Smith presented The Secret Horror, which features the adventurous journey of a character named Mike. The “surrealistic comedy” was written and performed by Michael Smith, and directed by Mark Fischer.