Ed Friedman is a poet and a performance artist, who has been publishing books and presenting performances since his arrival in New York City in 1971. He served as a director of the Poetry Project at St. Mark’s Poetry from 1987 until 2003. Through his performances he has incorporated writing and literature into performance, effectively bringing the book into a performative context. In his collaboration with Kim MacConnel, Friedman has also developed several projects on the process of learning a foreign language. Throughout his career, several of his works have been presented at The Kitchen, the most known being the 1977 work Chinoiserie. 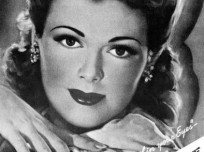