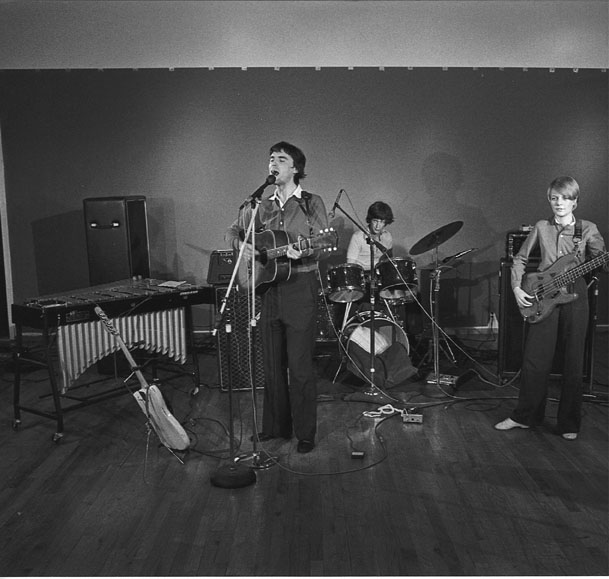 This live performance at The Kitchen’s former SoHo space was one of Talking Heads’s early performances. The group was formed in 1975, and this show preceded the release of the band’s first record the following year and subsequent international acclaim until they disbanded in 1991. Comprised of David Byrne on guitar and vocals, Chris Frantz on drums, and Tina Weymouth on bass, Talking Heads at the time was associated with the New York punk scene and described themselves as “a group of performing artists whose medium is rock and roll.” For this performance they played a selection of songs that demonstrated the range of styles they were developing, including the future hit “Psycho Killer.”