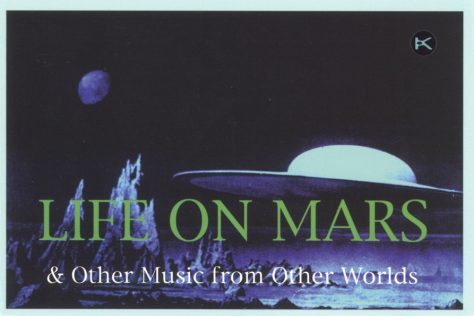 Life on Mars was one in an ongoing series of multi-media events entitled Hybrid Nights that took place at The Kitchen beginning in 1995.

Departing from pictures transmitted by NASA's Mars rover Soujourner between July and September 1997, Hybrid No. 12 imagined an otherworldly environment, visualized in James Elaine's ambient film and Sasha Noë's sculpture, and scored as an electronic soundscape by William Basinski. The evening featured the first performance of Antony and The Johnsons as a "special emissary from Venus."