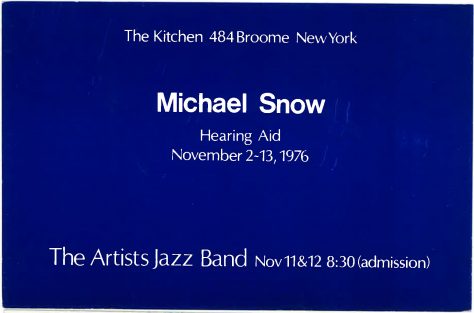 In November of 1976, The Kitchen presented Hearing Aid, a new site-specific sound work by multi-disciplinary artist Michael Snow. A study in chance and temporal space, Hearing Aid utilized four tape recorders to document the aural landscape of the exhibition space. Placed equidistant from each other, the recorders played back steady sounds intentionally produced by a singular electric metronome alongside everyday sounds in The Kitchen's gallery space.