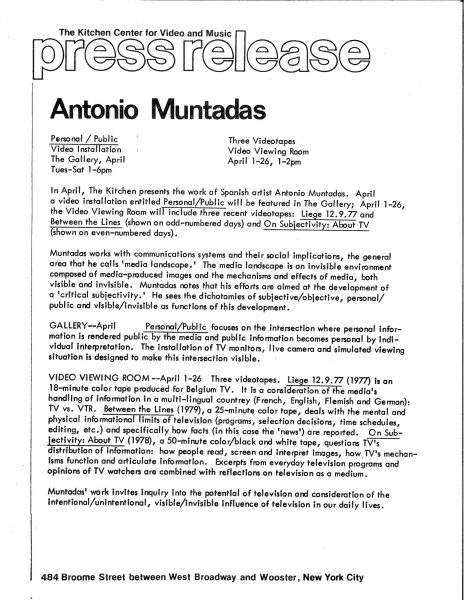 Personal/Public was first exhibited at the Vancouver Art Gallery in 1979 as part of their new video program and was Antonio Muntadas’s first work in a public art museum. The following year, it was shown at The Kitchen for one month in both the Video Viewing Room and as an installation. The video installation consists of two screens, one tuned to a television channel, and the other displaying the viewer’s image through the use of a surveillance camera. The contrast of the two screens highlighted how public information becomes private through individual interpretation, and conversely, how private information becomes public through the media.