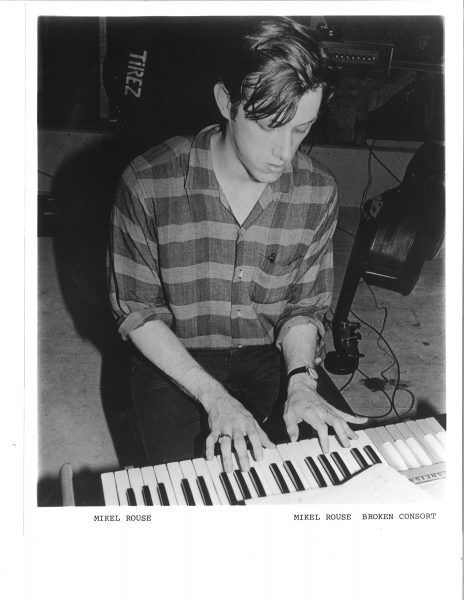 As part of Gruppen: Chamber Music for the 21st Century, Mikel Rouse performed with his ensemble Mikel Rouse Broken Consort, which he formed upon moving to New York in 1979. Mikel Rouse Broken Consort consisted of keyboards, electric guitar/bass, saxophone, and percussion, played respectively by Rouse, James Bergman, Dale Kleps, and Kim Plainfield. As part of the Gruppen festival, Broken Consort premiered Soul Menu at The Kitchen. Along with this new musical composition by Rouse, four other pieces were also performed, including his earlier works Hope Chest (1991) and Copperhead (1992), both of which were known for their simultaneously fast melodic shift in the 4/4 meter. Michael Gordon Philharmonic and Virgil Moorefield performed on the same evening.