Braxton has been actively involved in music composition and performance since the mid ‘90s. His music consists most prominently of "orchestrated loops," a real-time overlaying of guitar, voice and found objects designed to simulate an ensemble. As the former guitarist, keyboardist and singer of Battles, he received world-wide acclaim for the group's debut album Mirrored (2007, Warp Records), which was hailed by Time Magazine as one of the ten best records of the year. Braxton has received commissions ranging from multimedia art/music installations (Lower Manhattan Cultural Council) to scoring composition for world renowned ensembles (Kronos Quartet, Bang On A Can) and contemporary dance troupes (Merce Cunningham protégé Alan Good). 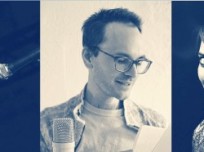