Stanley Love is a choreographer and dancer who works primarily in large-scale dance pieces. In 1992, Love founded the Stanley Love Performance Group, and his works with the company often include approximately twenty or more dancers who, instead of following the same choreography in order to produce synchronized movements, follow divergent sequences to culminate in a disjointed visual field. He uses movements and music lifted from range of cultural idioms, often counterpoising those that invoke the New York avant-garde with those stemming from popular culture. These formal strategies serve to emphasize the forms of difference that register on the very bodies of the performers. The Stanley Love Performance group presented a dance at The Kitchen in 1998. 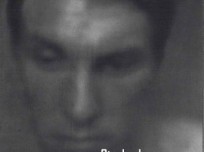